The series, set in the late 1940s when a wave of prostitutes is killed by a serial killer in Vigo, follows Marina Quiroga, a fearless high society woman who sets out to catch him with the help of her faithful butler, Hector.

Neither the gender prejudices she experiences, nor her mother who tries to marry her off, nor the flamboyant police chief who is also her brother Arturo, will prevent her from demonstrating her incredible talent. Marina fights against all stereotypes to achieve her dream of becoming a female detective in a man’s world. 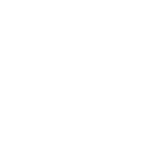